Schaafhausen gets a double as Dirty Reds win season opener 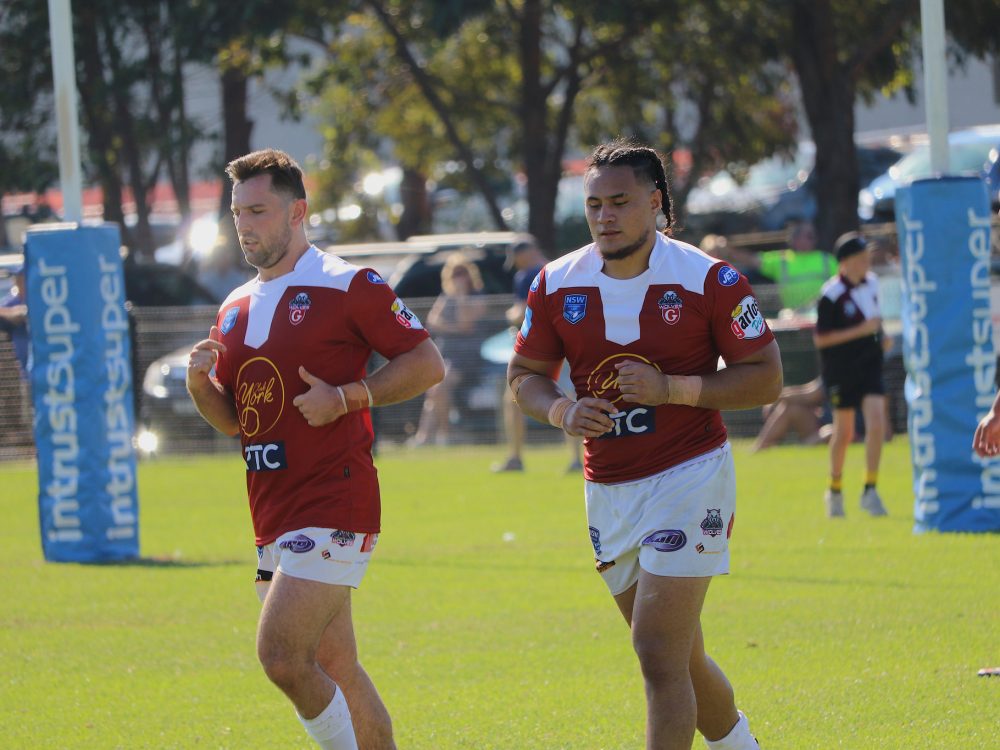 Schaafhausen gets a double as Dirty Reds win season opener

Glebe-Burwood has fought back from 8-nil down after 29 minutes to defeat Blacktown Workers 26-12 in their season opener at HE Laybutt Field on Sunday.

Charlton Schaafhausen (pictured) turned in a man-of-the-match performance, with the Newtown-signing bagging a brace of tries in his first performance in the Dirty Red jersey.

The Dirty Reds were their own worst enemy early on, completing just one of the first seven opening sets and conceding 8 first half penalties to 1. But Schaafhausen’s first try on the half-hour put Aaron Zammit’s team back in the hunt.

Trailing 8-6 at the break, the Reds took the lead after the resumption, when Royce Tout scored on 52 minutes. But Blacktown hit straight back with a try to Peter Schuster. That left the scores locked at 12-all, but when Eddie Faalua crossed on 64 minutes, the momentum swung with Glebe-Burwood dominating the closing stages. Schaafhausen grabbed his second minutes later, with Jesse Marschke kicking a penalty goal after the siren to secure a 26-12 win.

It wasn’t all good news for the Reds with Jayden McDonagh (shoulder) and Bill Tsirikas (thumb) picking up injuries.

But all in all, it was a good result for the Reds who have a second round bye in the Ron Massey Cup,  but who travel to Newcastle on Saturday to take on Macquarie Scorpions in the knock-out stage of the NSWRL Challenge Cup.