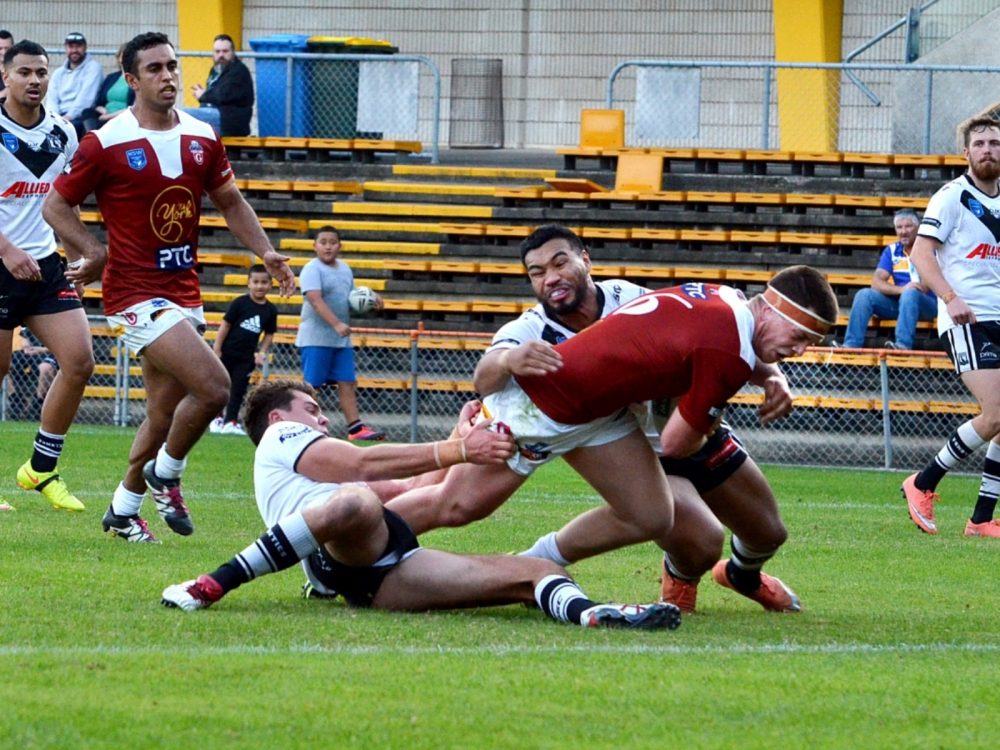 Glebe-Burwood ran in 10 tries to 2, to beat fellow foundation side the Wests Magpies by 58-10 at Campbelltown Stadium this afternoon.

The Dirty Reds opened the scoring through a freak Ben Marschke try on 4 minutes when a Penani Manumalealii kick ricocheted off the cross bar into the hooker’s hands – and while the Magpies hit straight back with a try to Pulonga Kavaefiafi three minutes later, the rest of the half belonged to the Dirty Reds as they ran in four more tries to lead 30-10 at half time. The home side weren’t helped by the sin-binning of David Minute in the 26th minute.

The Magpies lifted the intensity after the break, but when George Tsikrikas crossed after 56 minutes, the floodgates opened again, with Charlton Schaafhausen grabbing a double and Ahmad Ellaz and Tyla Tamou also getting across. Addison Demetriou kicked 8 from 9 with Jesse Marschke successful with his one attempt.

Royce Tout continued his strong start to the season picking up Aaron Zammit’s 3 points, while Malakai Houma pressed his claims for Newtown selection, picking up 2, while Penani Malemanualli was awarded one point.

Glebe-Burwood return to the home of Concord-Burwood next Saturday afternoon when they host St Marys at Goddard Park with kick-off at 2pm.