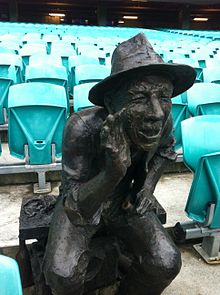 He might not have been a Dirty Reds supporter, but Yabba (aka Stephen Gascoigne) was a regular at Glebe games and is arguably one of the district’s best-loved characters. The renowned Cricket barracker has his own statue at the SCG and is considered the best-known sports supporter of the 20th century. If you’d like to follow in Yabba’s footsteps and take up residency on the hill at every home game in 2018, the Yabba Membership is right up your alley!

There are no reviews yet.

Be the first to review “Membership – The Yabba package” Cancel reply