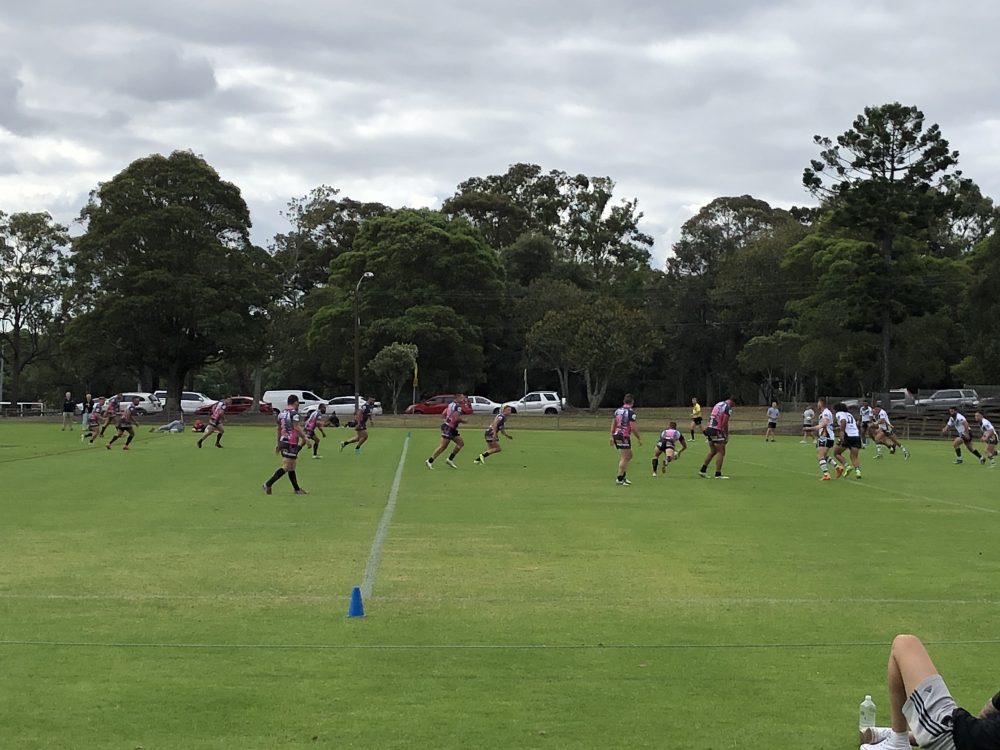 Glebe-Burwood has overcome a six-point half-time deficit to defeat St Marys 42-22 and move into outright first place on the Ron Massey ladder.

Maverick Tweedie put the home side in front after burrowing over from dummy half on 13 minutes. A series of errors let the visitors back into the contest with tries to Christopher Aunese-Scanlon and Joe Vaegaau. A Jordan Topai-Aveai try levelled the scores on 30 minutes, but Saints hit back just before half-time through Nathan Smith to make the score 18-12 at the break.

The complexion of the game changed completely in the second half with Addison Demetriou crossing in the 42nd and 46th minute to put the home side up 24-18. Aunese-Scanlon crossed for his second a short time later to put the visitors within 2 points. But when Addison Demetriou completed his hat-trick in the 72nd, the result was placed beyond doubt. The Reds ran in two more tries for good measure (a second to Topai-Aveai and one to Ahmad Ellaz) to run out 42-22 winners.

There were strong performances across the park, with Latrell Schaumkel, Addison Demetriou and Jesse Marschke providing the attacking flair. The forwards all pulled their weight with former Roosters and Eels star Willis Meehan performing strongly in his first hit-out for the club.

The Dirty Reds make their first-ever trip to Henson Park this Saturday when they host Hills District at 3pm. Please note, this is a double-header kicking off with the Newtown-North Sydney Intrust Super Premiership at 1pm. Get out there early to support our partner club, the mighty Jets and then cheer the Reds on from 3pm.