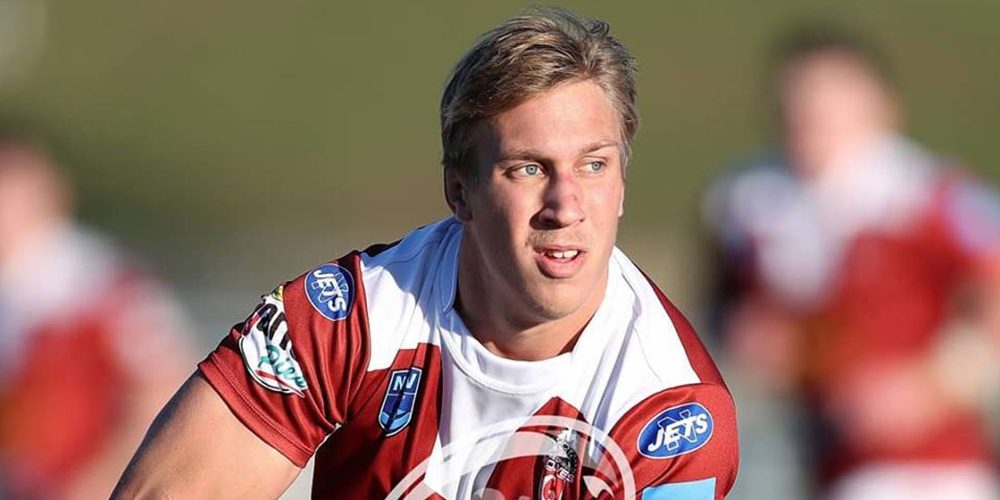 It was an afternoon to forget for Glebe-Burwood as they went down to an in-form St Marys side 38-16 at St Marys Stadium on Saturday.

The Reds were dealt a pre-game blow with fullback Latrell Schaumkel suffering a hamstring injury at training on Thursday. The side also lost his intended replacement just before kick-off after Tyla Tamou was called-up to the Newtown squad for Sunday’s ISP clash with the Warriors. Regular hooker Ben Marschke shifted to fullback (a position he played regularly in the old under 20s competition for the Roosters), with Jackson Garlick starting at hooker and Maverick Tweedie coming onto the bench.

The home side started strongly, scoring the first points when a deft infield grubber kick from Jake Toby was seized on by Robert Vai who scored under the posts. The Reds hit back on 12 minutes when Vai allowwed a Jesse Marschke bomb to bounce. Jordan Topai-Aveai was on-hand to seize on the error, collecting the ball off the first bounce and crossing for Glebe-Burwood’s first try of the afternoon.

St Marys’ second came after a wayward pass from Billy Tsikrikas was collected by Allan Fitzgibbon who scored under the posts to make it 12-4 after 22 minutes.Another error – again close to our own line – led to St Marys third try, scored by ex-Panthers NRL star Nathan Smith after 29 minutes. At 18-4 the home side looked to be gaining the ascendancy, but Glebe-Burwwood hit back 4 minutes later when Jackson Garlick shrugged of 4 defenders to force his way over close to the sticks. The conversion made it 18-10.

But the comeback was short-lived with the Saints crossing again before half-time after a controversial obstruction call went against the Reds. Compounding the situation was the fact the conversion kick was awarded, despite the ball appearing to fall short of the posts.

St Marys went into the break with a solid 24-10 lead. And it was a lead they would quickly build on after the resumption with Jake Toby putting Joe Vaegaau over with a perfectly timed short ball to make the score 28-10. When Allan Fitzgibbon crossed for his second after 53 minutes, the contest was essentially over.

St Marys would score again on 59 minutes when Lazarus Brown scored under the posts to make it 38-10. To their credit, the Reds defence would hold for the final quarter of the match and a late try to Penani Manumalealii provided some consolation for the visitors. A smart short-kick from Penani was regathered by Ben Marschke who then put the former Sharks NRL star over in the corner.

When all was said and done, St Marys had run our deserving 38-16 victors. And while the scoreline didn’t properly reflect the gap between the two sides, some uncharacteristic poor discipline from the Reds with the ball in hand cruelled their chances of getting a result against a side which has just hit top form this season. It was an off-performance from Aaron Zammit’s men, but they will be looking to hit back quickly and decisively when they travel to Crestwood Oval next Sunday to face Hills District.

Image thanks to Bryden Sharp Photography.