The Dirty Reds are coming home on Feb 17 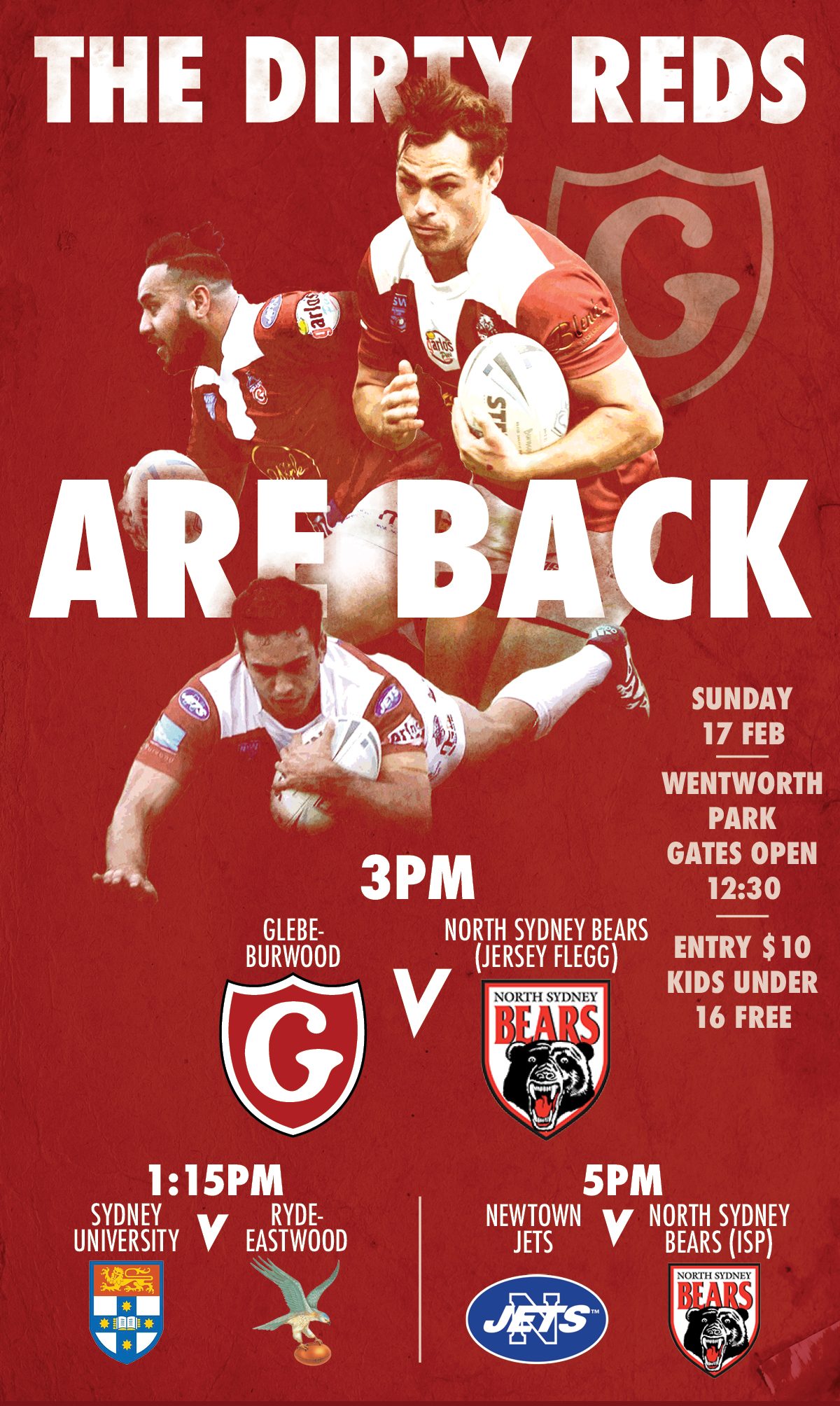 The Dirty Reds will do battle with the North Sydney Bears for the first time in nearly 90 years, when the second Return to Wentworth Park Fesitval of Footy takes place on Sunday, February 17.

The two clubs met on 45 occasions between 1908 and 1929 with Glebe winning 28 times, North Sydney 15 times and there were two draws. But the Bears prevailed in the one that mattered most the 1922 premiership decider, their second and last top grade premiership. There will be plenty of feeling and history on display when the two sides meet in the feature match of the afternoon, kicking off at 3.

Tickete are $10 for adults with children under 16 free. Get out there and join the Dirty Red Army as we do battle with the Bears!