Dirty Reds one game away from historic Grand Final appearance 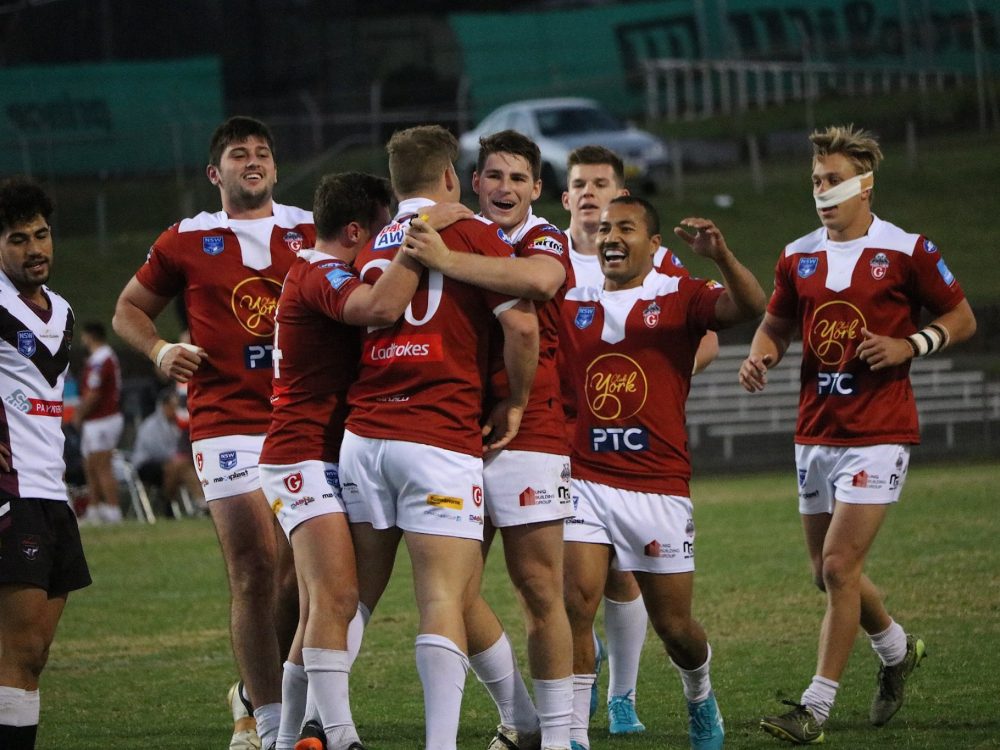 Dirty Reds one game away from historic Grand Final appearance

Glebe Burwood defeated Mounties 20-14 at Kogarah Oval on Saturday to book their place in the final four of the Ron Massey Cup for 2018. They will play minor premiers Wentworthville at Leichhardt on Sunday for a place in the Grand Final – their first since 1922.

it was an inauspicious start for the Dirty Reds as Mounties capitalised on repeat sets early to post the first try of the match on three minutes through Jordan Martin. Mounties continued to dominate possession for the next ten minutes, but the Reds kicked into gear on the quarter hour with three tries in just eight minutes, the first through Eddie Faalua who was first onto a Ben Marschke grubber next to the posts on 15 minutes. Ryan King added the extras and then three minutes later, he added the next try forcing his way over under the posts taking three Mounties defenders with him!

The third try came after 25 minutes when Matt Jurd got on the end of a deft grubber from Penani Manumalealii to touch down just inside the dead ball line and right under the posts.

The rest of the half was a see-sawing affair, but it was Mounties who made the most of a rare opportunity when Roman Ioelu crossed out wide on 32 minutes. The conversion attempt was unsuccessful and the 18-10 scoreline was unchanged going into the break.

Mounties came out of the sheds determined to save their season and enjoyed the weight of possession and field position in the second half,  but the Reds defence was equal to the task repelling wave after wave of Mounties attack. The did succumb once when, after 65 metres Jordan Martin crossed in the corner. Again, the conversion was unsuccessful and the Dirty Reds led by just 4 with a quarter of an hour to play. Glebe Burwood had a number of chances to put the result beyond doubt but errors and questionable last tackle plays let them down. A penalty attempt looked set to extend the Reds lead to a converted try but with Ryan King off the field, the kicking was left to Charlton Schaafhausen who pushed it wide. But Aaron Zammit’s men got another chance to extend their lead on 77 minutes when they were awarded a penalty right in front 10 metres out. Ryan King, now back on the field slotted the conversion extending the lead to 20-14 which is how it ended.

There were strong performances across the park but the coaches points went as follows:

So all eyes now turn to Sunday’s clash with Wentworthville where the Dirty Reds will be searching for their first Grand Final appearance since 1922.

Best of luck to our ISP partner club the Newtown Jets who take on Penrith in their Grand final qualifier at Leichhardt on Saturday at 1.10pm.